My professional career spans over 35 years in the United States. I have worked as a simultaneous interpreter for the Massachusetts Courts of Law, as a Translator and Editor for magazines, technical publications and literary reviews. I have recorded voiceovers, PR spots and tutorials, and audio books for the visually impaired.

As an Instructor at Wellesley College, I taught advanced courses in comparative linguistics, language and literature, in French and English.

In the 90’s, I was eager to bring my skills to the digital world, so I launched into a new career in the software industry. I studied programming and learned to develop linguistic acoustic models for cell phone applications. I worked for software companies in the Boston area managing several software localization projects, focusing my skills on speech and voice recognition technology.

I have held full-time positions as a developer, technical support, quality assurance, and implementation specialist. In those roles, I traveled to Malaysia, Singapore, Europe, and the United States.

I was born in Europe into a bilingual Italian and French family. As a child, I lived in Germany, Poland, France, Italy, and Switzerland because my father worked for the Foreign Service. I hold degrees from the Universities of Geneva and from Tufts in linguistics and French literature.

I’m currently a regular writer for the Source, a multicultural magazine based in Vancouver, Canada.

More recently, The Chronicle of Social Change published a series of audio interviews that I conducted, dedicated to extraordinary individuals whose early life was spent in foster care. The series is called Profiles in Foster Courage.

I have also produced and hosted many interview programs for the Davis Media Access TV, topics ranging from climate change, to fracking in California, to justice for all, among many others.

In 2016, I launched my show “Talking Point” and currently produce two segments via Zoom.

In addition, I contributed to the UC Davis World Food Center a series of video interviews I had with scientists who attended the Climate Smart Agriculture world conference in Montpéllier, France. 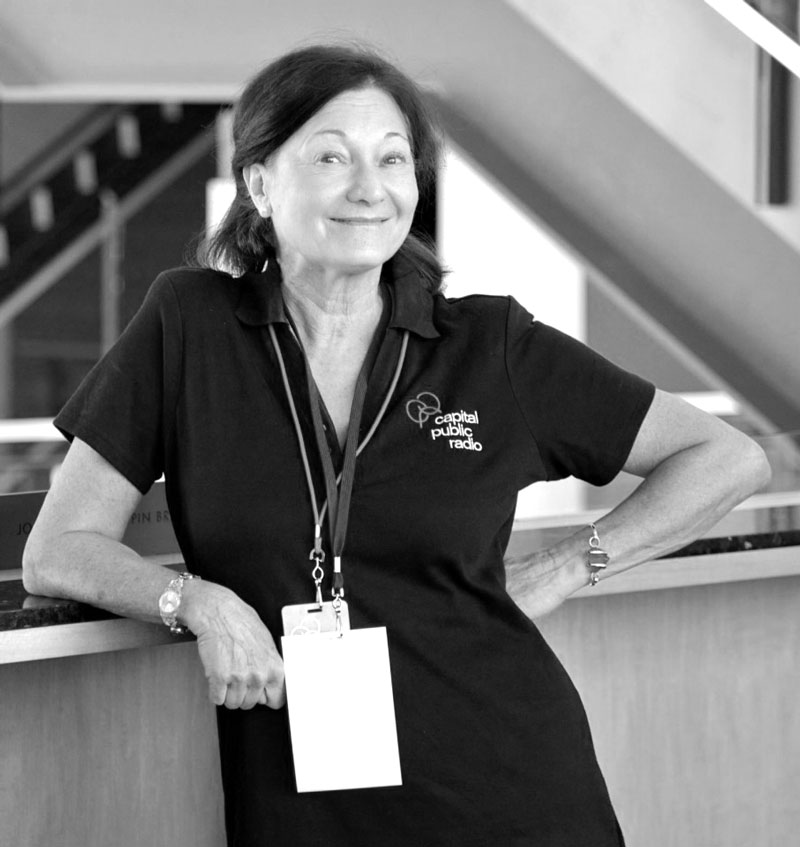 Press Accreditation to the BCTECH Summit, Vancouver, BC, CA
www.bctechsummit.ca

“… While working to produce a live, daily talk show, I relied on Lin to pitch timely, engaging story ideas … her creativity, resourcefulness and determination to see a story through added to the quality and newsworthiness of our program."
Jen PicardSenior Producer “Insight” at Capital Public Radio
"… Lin has worked as both engineer and director of our live broadcasts on numerous occasions. She records and edits pre-productions elements (billboards, promos, etc.,) and does whatever is required to make each day’s program successful… She also recently branched out, and has done on-air work (live and recorded) as well as news stories reporting and production.”
Jeffrey CallisonHost of “insight”, Capital Public Radio
“Lin provided a series of radio interviews for our news website, The Chronicle of Social Change, called “Profiles in Foster Courage.” Lin has a unique capacity to elicit the deeply personal from her subjects, and make every interview seem more like a fireside chat than a story produced for radio. She is one of the best interviewers I have come across.“
Daniel HeimpelFounder, Fostering Media Connections (FMC)
Parent organization of The Chronicle of Social Change
”… With Appreciation, Davis Media Access recognizes Lin Weaver for excellence in producing and hosting.”
Kate SnowChair, DMA Board of Directors
"Lin Weaver has proven to be an able and reliable member of our team. She produces well-written, well-structured articles, and in accordance with CPStyle specifications. She has consistently met deadlines, and faithfully respected editorial guidelines. Her stories flow well, engaging the reading right from the start. Lin has demonstrated an innate ability at conducting interviews. Her engaging interpersonal skills have also contributed to her talent to earn the trust of her interviewees.“
Monique KroegerAssociate Publisher and Senior Editor
The/La Source Newspaper, Vancouver, B.C., Canada
Dear Lin, I just want to congratulate you on successfully making the leap to virtual productions with 'Talking Point.” With social distancing likely to be in effect to a large degree for some time to come, this is an important skill set moving forward. Glad to have the local content, and also--I'm proud of you!
Autumn Labbe-Renault - She/Her/HersExecutive Director, Davis Media Access, Davis, California
Previous
Next

I work with clients as a team in a friendly, constructive, and professional environment. Services are offered in English, French, and Italian.